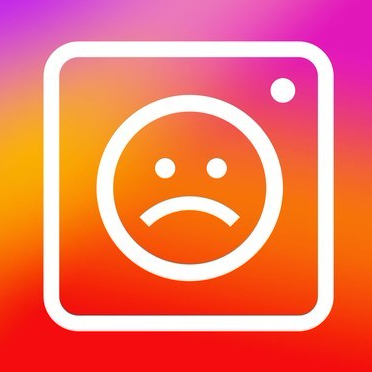 I have a love-hate relationship with Instagram. Actually, love is too strong of a word; it’s more of a tolerate-makemewanttodeletemyaccount relationship. I had my first Instagram account when I was in high school because I wanted to share pictures of my nail art and the food I cooked, and in return I wanted to see what my friends were up to. To my dismay, instead of cute group pictures and artsy photography I was bombarded with narcissistic selfies and bikini pictures from that one family vacation people had been on that one time. After a while, I realized I was only following my friends’ accounts because of some unspoken social rule that you are obligated to follow the people in your life, even if the only pictures you’re interested in seeing are from National Geographic (I mean other people, definitely not me, no way). Eventually, I decided I did not need the negative energy that Instagram was bringing to my life, so I deleted my account.

Fast forward to the summer of 2016, I decided that I needed a hobby, so I downloaded the Instagram app yet again and made an account dedicated to posting outfit pictures. I resolved to treat my Instagram as a business rather than a personal page to detach myself a bit from the app. I posted pretty regularly, and despite the challenge of trying not to wear the same thing twice or having a designated photographer (aka my dad) at the ready, it was kind of fun. I began following a lot of Muslim and hijabi fashion people (fashion bloggers? I don’t know what they’re called) in order to gain inspiration and keep up with the trends. But quickly enough, I started getting fed up with Instagram again. I began paying too much attention to the likes and followers that I was (or wasn’t) gaining, and began comparing myself and my content to the beautiful and stylish women who never seemed to take a bad picture. While my intentions may have been to be creative and serve as a modest fashion inspiration for others, it wasn’t in my nature to prioritize such superficial things as clothes and makeup, so I retired my fashion narrative. But I was still active on Instagram, so my problems didn’t exactly go away.

For one thing, I had a serious case of FOMO; I felt the need to scroll through and look at every single picture on my feed, because I was afraid of missing out on something important. This was such a waste of time, and was extremely counterproductive, because the longer I spent on Instagram the more enraged I became at how staged and edited everything was. Secondly, it was just bad for my mental health. I never thought I would be someone who was negatively affected my social media because I have always been well aware about photoshop and facetune and that peoples’ lives are nowhere near as interesting as they make them out to be, but a part of my brain couldn’t help but feel bad about myself. I realized I needed some space from this app, so on March 18th, I took a one month break from Instagram. I’ll let you know about that experience, and what I learned from it, in parte dos. Catch you on the flippity flip.

Start a Blog at WordPress.com.